I just finished reading Mukherjee’s The Gene, a fascinating (if long) book on the history of humans understanding their own instruction manual. The sixth section of the book, entitled “Post-Genome” looks at where the field is now (or at least was when the book was written in 2015) and where genetics might be headed. He discusses the gene for breast cancer and “pre-vivors,” selection of embryos, and the possibilities for editing our own DNA. If you’ve seen the movie GATTACA, you get the idea.

In the midst of these discussions, he turns to a study conducted in 2010 in a rural and deeply poor section of Georgia on six hundred African American families. Half of the families “received seven weeks of intensive education, counseling, emotional support, and structured social interventions focused on preventing alcoholism, binge behaviors, violence, impulsiveness, and drug use.” The other half did not. All of the families had the 5HTTLRP gene sequenced. 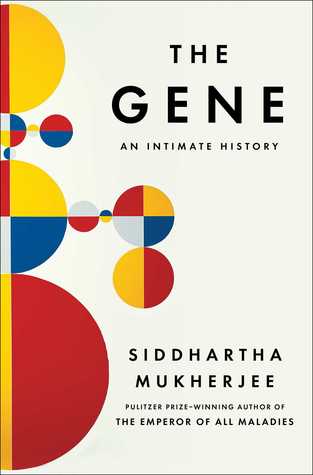 This gene has two variations: long and short. The short version had previously been shown to be associated with “anxious behavior, depression, trauma, alcoholism, and high-risk behaviors” in studies of widely different populations. I paused in my reading, skeptical. Could a gene be linked to all of those things? And what does it mean to be linked to “trauma” when I thought that was something that happened to people? But I read on.

In the study in Georgia they found that, as predicted by earlier studies, those children with the short version of the gene were more likely to participate in risky behaviors. However, they also found that “these very children were also the most likely to respond to the social interventions.” Those kids with the short version, more at risk for risky behavior, were also more likely to benefit from the additional supports.

And then Mukherjee dropped the educational buzzword of the decade: resilience.

“Some humans are born resilient (but are less responsive to interventions), while others are born sensitive (but more likely to respond to changes in their environments).”

What do we mean by “resilient” in educational circles? Do we mean the kids who will muddle through anyway regardless of what we do? Do we mean the kids most likely to respond to “treatment”? And what are the social implications of this study? An article about the same study in the New York Times explains that resilience is a “double-edged sword” and asks, “Should we seek to identify the most susceptible children and disproportionately target them when it comes to investing scarce intervention and service dollars?” Author and professor of human development Jay Belsky’s answer: yes.

Mukherjee describes a slippery slope of implications from genotyping all the students in an elementary school to foster-care placement choices to parents choosing “normalcy for their children,” a term he is extremely uncomfortable with, with good reason.

Ultimately, he argues that variation is essential to the survival of species. But in the meantime, I’m left wondering about the social implications of the field of genetics, not because of a fear of clones (which I am admittedly afraid of), but because of the more subtle policy implications that are just around the corner. How we distribute resources and interventions, who we decide to help and support as a society, and how we teach our children are all at stake. When these new technologies intersect with budgets, current prejudices, 500 years of racism, and fallible human beings, I get concerned. Even the idea of an experiment on 600 rural, poor African Americans echoes with the sounds of the Tuskegee syphilis experiments. How can we ensure that these new tools are used ethically and that the people who the scientists are studying get a voice in what to do with the information? Is there a way to ensure interventions are targeted to increase effectiveness without lapsing into eugenics?

In an op-ed responding to the article in the NYT, Laura Hercher, professor of ethical, legal, and social issues in genetics, writes, “People are not defined by their genes. That’s not wishful thinking; traits and behaviors are related to the genes we carry but in complicated and unpredictable ways. Patterns that emerge from looking at a population are interesting, but they rarely dictate how an individual will perform.” Mukherjee agrees, writing that the intersection of genes, epigenetics, environment, and chance are extremely complicated. Several times in the book he discusses traits that are heritable but not inheritable: correlated along families lines but not perfectly so. Hercher goes on to remind us that “the whole idea of treating people differently based on what genes they have is a bad use of science.”

Let’s keep an eye on this and continue to push on what we mean by resilience and what is “fair use” of genetic therapies and interventions. Maybe, as Belsky argues, this will open the opportunity to titrate and experiment, to find interventions that do help the kids who seem unmoved by current methods. Maybe.