[An aquantance of mine just wrote that ICE agents reminder her of vampires: you have to open the door to let them in (unless they have a warrant from a judge). Cities, including Boston, are looking for ways to avoid opening the door. What does it look like to support city officials in taking this stance? How much of a difference will it make in keeping immigrants, especially the children I work with, safe? As in Oakland, “We do have many undocumented immigrants, but often these are residents who came to our city as toddlers. They have grown up here and gone to our public schools,” Ms. Schaaf said. “These are not illegal aliens, they are friends’ children, people sitting next to us in our church pews and on the bus. Here it feels much more personal.” How can we prevent our government from continuing to send families back to dangerous countries from which they escaped?]

Cities Vow to Fight Trump on Immigration, Even if They Lose Millions

LOS ANGELES — Here in Los Angeles, where nearly half of the city’s residents are Latino, Mayor Eric Garcetti has vowed to do everything he can to fight widespread deportations of illegal immigrants.

In New York, with a large and diverse Latino population, Mayor Bill de Blasio has pledged not to cooperate with immigration agents. And Mayor Rahm Emanuel of Chicago has declared that it “will always be a sanctuary city.”

Across the nation, officials in sanctuary cities are gearing up to oppose President-elect Donald J. Trump if he follows through on a campaign promise to deport millions of illegal immigrants. They are promising to maintain their policies of limiting local law enforcement cooperation with federal immigration agents.

In doing so, municipal officials risk losing millions of dollars in federal assistance for their cities that helps pay for services like fighting crime and running homeless shelters. Mr. Trump has vowed to block all federal funding for cities where local law enforcement agencies do not cooperate with Immigration and Customs Enforcement agents.

But as Mr. Trump prepares to take office, Democratic bastions, including Boston, Philadelphia and San Francisco, have reaffirmed plans to defy the administration and act as a kind of bulwark against mass deportations.

“I like to compare this to conscientious objector status,” said Mayor Libby Schaaf of Oakland, Calif. “We are not going to use our resources to enforce what we believe are unjust immigration laws.”

Supporters of tougher immigration policies, however, expect a swift response. Dan Stein, the president of the Federation for American Immigration Reform, which opposes legalization for unauthorized immigrants, predicted “a very aggressive, no-holds-barred support for using the full power of the federal government to discourage this kind of interference.”

“These local politicians take it upon themselves to allow people who have been here for a long time to stay here and receive services,” Mr. Stein said. “The Trump administration is basically saying, ‘If you want to accommodate, don’t expect the rest of us to pay for your services.’”

Some believe Mr. Trump could go further than simply pulling federal funding, perhaps fighting such policies in court or even prosecuting city leaders.

“This is uncharted territory in some ways, to see if they’re just playing chicken, or see if they will relent,” said Jessica Vaughan, the director of policy studies at the Center for Immigration Studies, which supports reduced immigration.

Cities have “gotten away with this for a long time because the federal government has never attempted to crack down on them,” Ms. Vaughan said.

The fight could also signal a twist in the struggle over the power of the federal government, as this time liberal cities — rather than conservative states — resist what they see as federal intervention.

Cities “may not have the power to give people rights,” said Muzaffar Chishti, the director of the Migration Policy Institute’s office at the New York University School of Law. “But they have a lot of power of resistance, and that’s what they’re displaying right now.”

No legal definition of sanctuary cities exists, and many mayors dislike the label, saying it unfairly describes policies that merely stop local law enforcement from acting as immigration deputies.

Generally, the term refers to jurisdictions that have placed limits on when local law enforcement agencies comply with federal requests to hold undocumented immigrants for detention and turn them over to Immigration and Customs Enforcement.

Those requests greatly increased after the Obama administration extended nationwide an electronic monitoring system by which the fingerprints of every person booked by local or state police are sent to the Department of Homeland Security for checking against immigration databases.

More than 500 counties and cities have some kind of policy limiting cooperation with the immigration authorities, according to an estimate from the Immigrant Legal Resource Center, an advocacy and legal assistance group in San Francisco and Washington. 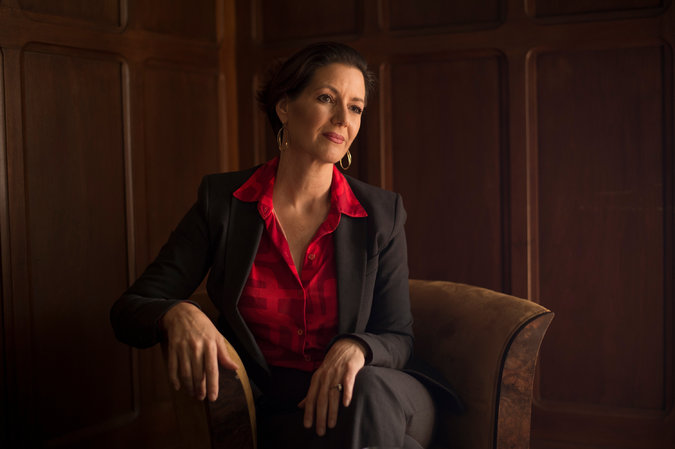 Mayor Libby Schaaf of Oakland in June. “We are not going to use our resources to enforce what we believe are unjust immigration laws,” she said. CreditNoah Berger for The New York Times

The latest fight is beginning to play out much like one that occurred in the mid-1980s, when activists in the nation’s big cities resisted the immigration policies of the Reagan administration. Central Americans had become the subject of fierce political jockeying, and scores of churches opened their doorsas sanctuaries to flout the Reagan White House.

Members of churches and synagogues are again offering their houses of worship as sanctuaries for undocumented people fearing deportation, according to groups that work with immigrants and refugees. A faith-based network known as the “sanctuary movement” was revived in the past few years to take in those at risk of deportation by the Obama administration.

In Oakland, a site of resistance a generation ago, Ms. Schaaf has no doubt that the community will again marshal its resources to help undocumented immigrants. The city is exploring ways to offer legal services to immigrants.

“We do have many undocumented immigrants, but often these are residents who came to our city as toddlers. They have grown up here and gone to our public schools,” Ms. Schaaf said. “These are not illegal aliens, they are friends’ children, people sitting next to us in our church pews and on the bus. Here it feels much more personal.”

Oakland stands to lose as much as $140 million in federal funding for homeless shelters, meals for the elderly and low-income preschool programs.

Ms. Schaaf has started asking local philanthropists if they will put up money to replace any lost federal funds. “This is our highest priority as far as our response to this election,” she said.

In the past, conservatives have embracedthe notion that state and city officials can assert themselves with immigration laws. One of Mr. Trump’s immigration advisers is Kris W. Kobach, who helped write a law in Arizona that allowed the police to question people they detained about immigration status. That provision was upheld by the Supreme Court.

Rudolph W. Giuliani, an adviser to Mr. Trump who is expected to join his administration, unsuccessfully sued the government in 1996, when he was the mayor of New York, over a federal law he said infringed on local protections for undocumented immigrants.

The latest clash will be most acutely felt in California, home to an estimated 2.3 million of the country’s 11 million undocumented immigrants. Not only does the state allow such immigrants to obtain driver’s licenses, but it also offers them in-state college tuition and allows them to hold professional licenses to work as lawyers, architects and nurses. A state law passed in 2014 limits counties’ cooperation with federal officials.

The policies came under renewed attack last year, after a young woman was shot by an immigrant with a criminal record who lived in the state illegally and had been released by the authorities in San Francisco.

Los Angeles, which in 1979 became the first city to specifically bar officers from stopping people to ask about their immigration status, could lose as much as $500 million of its $9 billion budget. The amount includes money for antiterrorism programs and community health centers.

“Taking away funding because our law enforcement will not act as federal agents would not only be irresponsible but immoral,” Mr. Garcetti said. “It would be an unprecedented overreach of federal executive power to take even more of our taxes away.”

Mr. de Blasio in New York has signaled that he will look for more ways to fight widespread deportations, and the city is directing undocumented immigrants to its free legal services. New York has the country’s largest municipal identification program and maintains a database of nearly a million people. Mr. de Blasiohas pledged not to give any information from the program to the federal government.

Melissa Keaney, a lawyer at the National Immigration Law Center, said the federal government could not compel states to carry out immigration enforcements.

“Anything that tries to coerce a local government is going to be challenged because these agencies are only responsible for local arrests,” Ms. Keaney said. “Their responsibility is for carrying out public safety criminal law, and it is not within their responsibility or authority to act as federal agents.”

How much cities can fight off deportations, however, remains unclear. Legal experts say that city officials cannot bar immigration agents and that it is unlikely that they could declare a physical sanctuary on public property. Much of their resistance may lie in simply not cooperating.

Rick Su, a law professor at the Universityat Buffalo who has researched immigration and local government, said that unless Mr. Trump ratchets up the number and reach of federal immigration agents, “it is difficult to see how he can achieve the two to three million removals that he has proposed without state and local assistance in identifying and detaining suspected unauthorized immigrants.”

For now, many city leaders are focusing on calming undocumented immigrants’ frayed nerves.

Jorge Elorza, the mayor of Providence, R.I., and the son of undocumented Guatemalan immigrants who were eventually naturalized, stood behind a lectern one recent evening to reassure about 150 people who had filled a high school cafeteria.

“Folks may feel threatened by what they hear,” Mr. Elorza told them, addressing the crowd in English and Spanish. “We will protect our communities and our families so they can continue to live their lives free of fear and safe in our communities.”